Which Is Better: A Computer Programmer Or Database Developer Career? ↴ 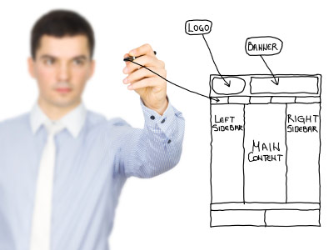 [Ask IT Career Coach] is a Career Advice Column for Information Technology (IT) professionals looking for answers to their most challenging career situations.

In this issue, the question of: "Which Career Path Is Better: Software Developer Or Database Developer Career?" submitted by Rinda from Georgia is answered.

Think about this for a moment.

The majority of software developer projects will incorporate some elements of database interactivity (e.g. saving or retrieving data from a database) and the responsibility for this will be given to the Software Developers on the project, if there are no dedicated database developers.

Which Is In More Demand, Database Design Or Computer Programming?

Both database developer and computer programmer careers are in high demand but a New Report cited on this page: "Software Developers the No.1 Most In-demand Nationwide in 2013" suggests that if finding a job is your primary goal / objective then learning computer programmer is the best option for you.

However, keep in mind, that ... to become a software developer, you also have to learn or master not just computer programming but database design & database development as well.

So, if you learn computer programming, you will in reality be preparing yourself for two (2) careers at the same time!

Which Is Easier To Learn: Database Design Or Computer Programming?

If you are highly concerned about the difficulty of learning new tech skills, then it may be better for you to focus on learning only database design  / database development.

In addition, the theory and practice of database design / database development has not changed that much in the last ten (10) years ... especially when compared to the sea of changes in the computer programming industry within the same time.

Computer programming is a fast-paced career so, if you prefer a sedate lifestyle, then the database developer career will be the better career option for you.

So, the database developers' career requires a set of skills that does not take as much work to keep up-to-date as that of the computer programmers' career.

Your options: learn both careers and enroll in both SQL + Software Developer bootcamps and you will get  the best of the benefits available from both careers!