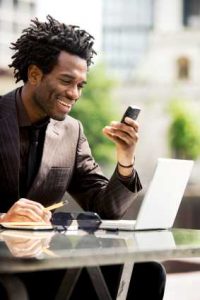 The Microsoft Access Relational Database has been around for a while and it is used in many businesses, Information Technology (IT) Teams and organizations.

Microsoft Access is commonly used in building desktop software applications, data analysis programs and corporate databases where the number of records are as few as 2 billion records or the number of users who access the system at any one time are as few as ten concurrent users.

As you can see, there are many reasons why the Microsoft Access Database Development tool is common, popular and frequently used in all sorts of database development, reporting, data analysis and software development projects.

To get started, there are many situations that Microsoft Access is not suited for.

That is why database developers frequently resort to taking strong SQL Query Writing + Database Development Classes (like at the Data Analyst Boot Camp) after first falling in love with Microsoft Access.

Hence the need to upgrade or transition to enterprise relational databases.

In the next article, I will discuss both the limitations of Microsoft Access as database development tool and the reasons for upgrading to an enterprise database like SQL Server.

If you are interested in becoming a better database developer by mastering relational database and SQL query writing, you can enroll Online at the DataAnalystBootCamp.Com

That was a robust, well researched posting on Microsoft Access.
It does sound like you are aware that you can use the Ms Sql server in place of the Jet Database Engine.
I have been told Access starts slowing down with more than 20 connections.
And someone else indicated the Database had some kind of physical size limit, I think it was 2 Gigabytes.
The reason LAN admins don't like it is it generates a lot of LAN traffic by transmitting all data to the GUI to be processed rather than querying the database and getting a specific answer.
There is also a nice little free command line interface so you can just type SQL at the Jet Database without the Gui at all.
Its called: Infotrakker Sql analyzer

Certainly any Access developer without an ability to build relational structures using an enterprise class database is at a distinct disadvantage .
However, there are design methodologies that can be utilized to build databases that can manage much more data than the 2 gb file size limit that a single Access database imposes. Additionally, high performance Access applications can be constructed by using a stateless development approach that avoids entirely the use of directly connected recordsets within the user interface. Such applications can provide very good performance for significantly more than 20 simultaneous connections.

building workarounds for MsAccess limitations is not ideal. Migrating to the right database for your needs is a better solution.
If you like this post, signup for more posts like this ...
Signup for More ...

[...] IT Career coach has been running a series on career paths for database professionals. Part 8 is all about Access. http://www.it-career-coach.net/2009/12/15/career-spotlight-on-microsoft-access-database-developers/ [...]

Kingsly, I strongly agree that your course will be an excellent choice but how competitive is it among cisco and microsoft trainers on the market today. Is it about brand name courses or the real deal courses (courses that gives you the cutting edge) that matters in the job industry? I am now ready to start my certification in database administration in microsoft access.

Annie,\n\nThank you for getting in touch with us. Microsoft's training focuses exclusively on Microsoft Tools & platforms and so does Cisco or any other product vendor.\nOur training focuses on the job skills. It is neither opposite nor similar to Microsoft's training ... they are focused on two different things.\n\nI would recommend that you choose the training that's more in alignment with your career goals.\n\nThanks
If you like this post, signup for more posts like this ...
Signup for More ...

Well said...I have reviewed your training package and it will provide for me the fundamental training that I do need in enhancing my database development
skills. My training at the university level in database management and design was purely theoritical in structure and design. I will ASAP sign up for the sql training course you advertised.
Regards
Need not reply.