How To Learn Many Programming Languages ↴ 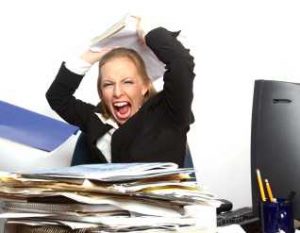 This question was posted by a reader who needs advice on "how to learn many programming languages!".

If you need help with a Question or Challenge, be sure to ask it as a comment on this page and I will answer it fully just as I am answering this reader's question below!

Here is the Challenging Situation:

I want to learn many programming languages including C/C++, Java, PHP and Microsoft .NET Framework because this will make be very good at programming and employable.

What do you suggest? Are there languages I should learn first or not learn at all?

What's the best way to go about learning many programming languages?

How To Learn Multiple Programming Languages

The challenge of devoting the time it takes to learn or master just one programming language should not be under-estimated.

On the other hand, the benefits of successfully learning many programming languages includes having more employment options because you can work on a wide variety of software developemnt platforms.

Here is additional guidance on when you may learn multiple programming languages:

If you're just starting your programming career, then I would advise you to focus on learning just one programming language at a time.

This is because there's little to be gained by listing many programming languages on your resume without really being good or highly skilled in any of them!

Beginner, Entry Level, Junior or Hobby Programmers are more likely to fall into the trap of learning on too many programming languages.

The danger facing newbies to computer programming is that they understimate their own powers and the challenges of learning a programming language. So, in a bid to prove themselves, they bite on more than they can chew!

Without a lot of programming experience, newbie computer programmers really have no idea of what they're trying to accomplish.

In trying to impress others by working on many programming languges, they end up "A Jack of All Trades and Master of None".

Should I Learn A Software Development Platform?

For example, if you're learning PHP, you should also plan to learn MySQL and vice versa.

The reason is because, employers or clients hiring for PHP skills will also expect or need MySQL Database Services.

Another example is that of programmers learning .NET Framework who should plan on learning the entire Microsoft .NET Software Platform including ASP.NET (for building web applications), SQL Server for building Databases and C# or Visual Basic for programming.

Should I Mix and Match Programming Languages?

Programmers should look out and learn other technologies within their familiar programming languages.

For example, both PHP Programmers and ASP.NET Programmers should take the time to learn or master HTML, CSS and JavaScript as these are useful for all programmers.

However, learning PHP and then jumping to Java or C/C++ is a different matter altogether.

Here is "how to to learn many programming languages":

This post is an answer to a "question on how to learn multiple programming languages.
If you have a question, concern or challenge, click here to post it and I will answer it for you!

Hi, My toughest challenge is a career transition. I would like to learn certain
computer programming languages: Java, HTML perhaps C++.
I have an engineering background which helps, however, my background is more process than software oriented.
I would also like to work from home and/or start-up my own business eventually.
Chris

pls help me how to start business form home in programming, how to get orders and payment from online
If you like this post, signup for more posts like this ...
Signup for More ...

Thanks for the great advice,
I would like to develop web pages, so Java was an interesting program to learn and I also like the way Java has been developed. Java is much easier to program than other programs I've leaned: fortran, C++, Pascal, Visual Basic etc...
However, I downloaded Microsoft.Net and Microsoft Visual Studio and was very impressed. I have about 60 days to try these programs.

I am glad that you found the advice helpful. And yes, I would recommend that you start learning with Microsoft.NET and Microsoft Visual Studio.
That is the way to become a marketable or highly-paid corporate programmer. And after you learn these languages, go get a job or start your own business or develop websites for fun & profit.
Don't add Java & C++ to the mix until you've learned how to be productive with Microsoft.NET and Microsoft Visual Studio ..
It's not how many programming languages that you know that matters ... but how productive you are with them!
If you like this post, signup for more posts like this ...
Signup for More ...

Respectable Sir, I wnat to know which is the easiest programming language i can start with some say'start with perl & many other languages but i m confused,
Pls can u suggest me which 1 is the easiest for programming so that i can understand & then when my interest goes higher after understanding then only i can sharpen my skills in that field, as also i m keen interested in programming langs, many of my friend say it is tooooo tough to understand as for me bcuz im only secondary pass out fellow who doest not have any background of computing,
so if u can pls take out ur precious time to guide me for my future i ll be very much obliged for ur guidance & path leading for my future.
Thanks:

Hi Shahid,
The most important question you must ask yourself is what do you want to do in the future?
If you want to develop games then perhaps you could learn Microsoft.net-Microsoft Visual Studio or C++. However, C++ is probably a little more difficult to learn.
If you want to develop web pages then again Microsoft.Net-Microsoft Visual Studio is an interesting option. However, there are other programming languages that you could learn while progressing (Visual Basic, Java, Pearl, HTML). Yes Pearl is probably easier to learn than other programming languauges and I believe that it is supported by Microsoft Visual Studio?
Once you've decided which programming language you will master you can then look for training on-line and from schools.
If ever you have a problem with a programming language you can always write it in Google and you may find an answer.
As IT career coach said it is important to master one language before progressing to other languages.
You could start with Pearl, but you could have a look at Microsoft.Net-Visual Studio, it has object oriented design and support.
If you like this post, signup for more posts like this ...
Signup for More ...

How Do I Choose The Programming Languages To Study?
I have studied web design (html, css,and now i am doing php) but i want to branch into mainstream programming.
I would be grateful if you could help me choose the most suitable and easy to learn languages for a beginner.
Thanks